On the 18th of May Knaresborough’s own community choir Knot Another Choir held a pop and gospel workshop called “Sing for Spring” at Chain Lane Community Hub, Knaresborough.

The idea to hold a workshop had come originally as a result of a group of choir members going to see the end of year concert held by Zamar the York university Gospel choir in 2018. Two of the students, who led the choir that night, were Ellie Pybus and Josh Whittaker, they were amazing! The choir was joyful and animated under their direction.

We had a conversation between ourselves about how wonderful it would be to get them to come and work with Knot Another Choir. So at the end of the concert we went to talk to them to ask if they’d consider coming to Knaresborough, they were very excited about being asked and said they would be delighted to work with us? Ellie and Josh finished university last year and are now both working in the music industry, Ellie as a choir leader in London, Josh has been on tour in South Korea, where he was assistant musical director with a touring company performing Flashdance.

A busy year on, during which Knot Another Choir attained charitable status, sang at two festivals and had their usual busy Christmas, the idea came to fruition with the event being advertised on social media and on posters locally. We wanted the event to be inclusive therefore open to all, so along with members of the Knot Another Choir, came people who’d never sung before as well as enthusiastic singers who we’d made acquaintance with at choir festivals and events we’d attended. They were members of many other choirs from far and wide, the furthest came from Edinburgh. Quite a number decided to make a weekend of the event staying in local hotels and bed and breakfasts.

The day was a great success, with nearly 60 of us singing dancing and laughing a lot , we sang Shaka Khans Ain’t Nobody with great gusto, that had been expertly arranged and then taught to us by Ellie, Josh taught us a beautiful gospel song called Ancient of Days. The new mayor of Knaresborough Christine Willoughby, a singer herself, very kindly came to hear us showcase what we’d learnt during the course of the day. She kindly presented everybody with a Certificates of participation.

The day was a joyful one and was a great success, another similar event like this will be held very soon, so watch this space. 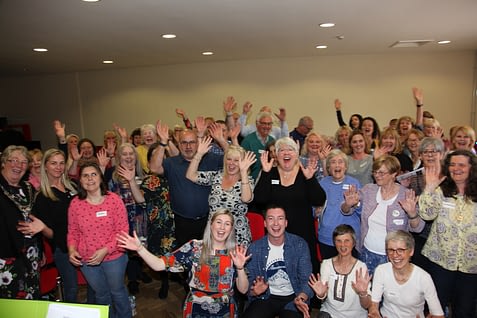 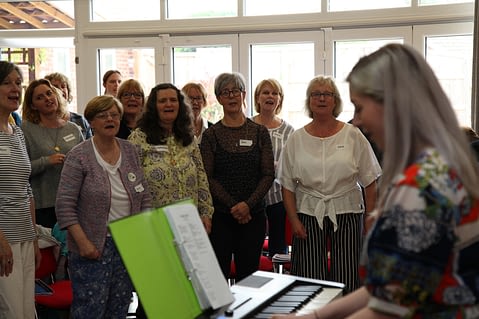 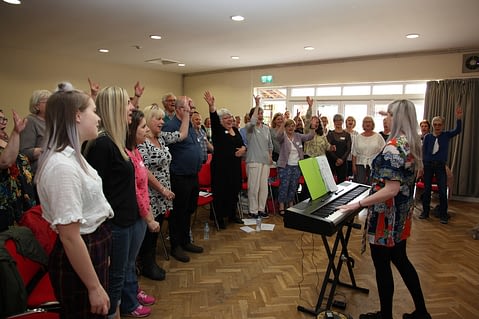